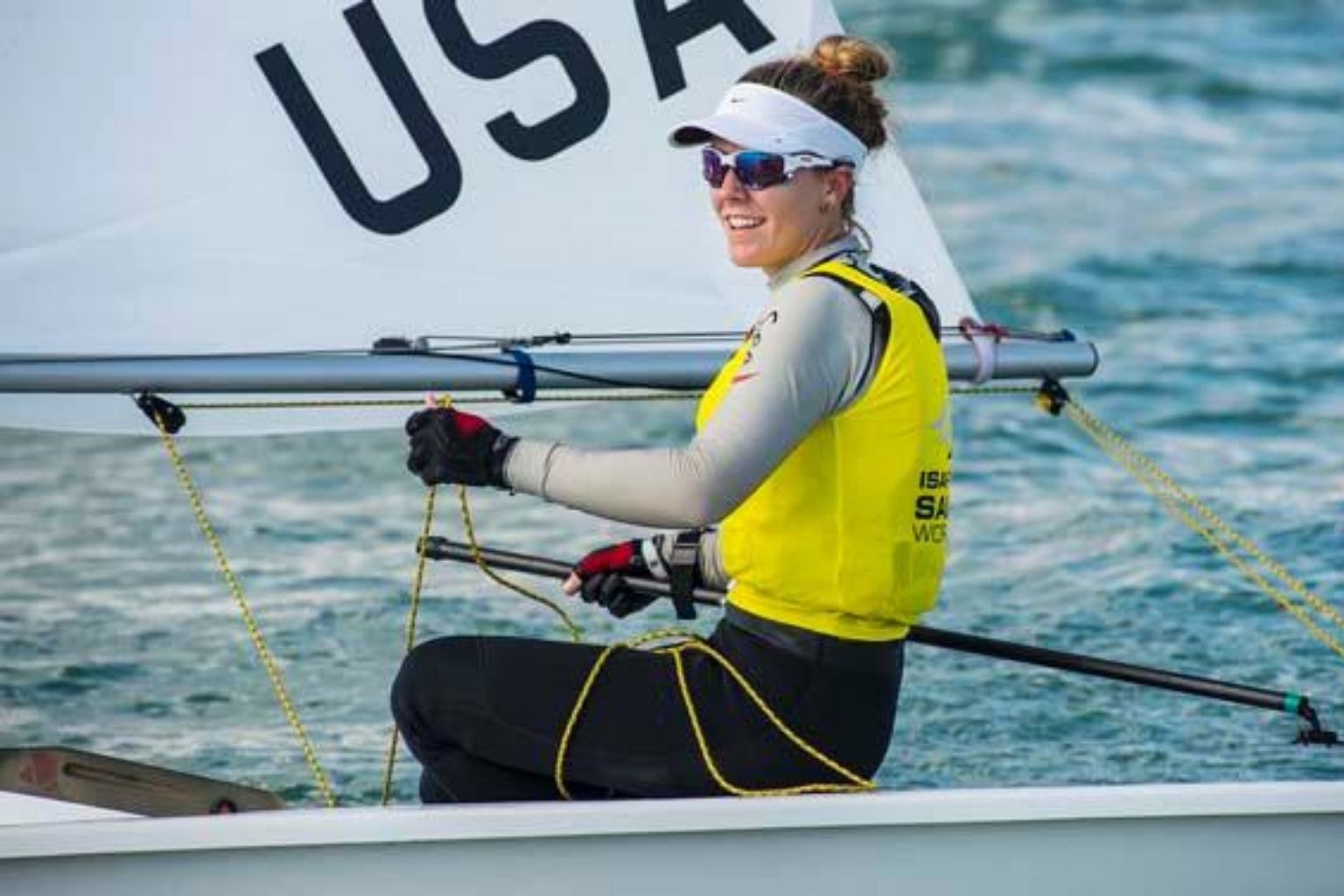 American, Paige Railey has conquered nearly every goal she has set. From her youth years through the ranks of the Laser Radial class, her accomplishments earned her both the Rolex US Yachtswoman of the Year Award and World Sailor of the Year Award.

Now 31 years old, she continues to seek the one item that has thus far alluded her – an Olympic medal. Scuttlebutt editor Craig Leweck checked in with Paige for an update:

Scuttlebutt: You are now in your fourth Olympic campaign. You narrowly missed out to Anna Tunnicliffe for the 2008 Games, but got to the show in 2012 and 2016, and your aim now is Tokyo 2020. How will these past experiences prepare you for your current campaign?

Paige Railey: Before I was always thinking about the future. The Olympic Games was the goal so I was always plotting for what was ahead of me, but what that does is place so much pressure on the events that lead up to it. Everything was so do or die, and mentally you are thinking about it all the time.

My last campaign for Rio 2016 was so distracted after my bike accident and the lengthy rehab. It was a lost year to get back into the boat, but going through that period has helped me now with my approach toward Tokyo 2020. It has changed everything for me, helping me now focus on the moment. I am not worrying about the future but rather concentrating on whatever I am doing, like talking to you.

When in competition, it is easy to dwell on the negative which makes it hard to overcome adversity. Instead of getting mentally lost after a bad start or missed shift during the race, my experience now allows me to better focus on the current moment I am in, and how to keep pushing and pushing and pushing.

With this new campaign I am not stressed about the outcome but rather focused on the process. I’m focused on learning new things all the time and the results of this outlook has been super positive.

SB: I suspect this approach, to appreciate the pathway and to not allow the goal to blur that vision, is easier said than done.

PR: People always said that throughout my career. Focus on your process, focus on your process. But that’s not enough for someone to get it. You have to have your own realization for whatever is the pursuit, whether it’s to compete in sailing, strive in business, or run a marathon. Instead of becoming obsessed with that goal and falling in love with that goal, I look at the now.

With this outlook, I let go of the what-ifs and the stress that it might not work out. I trust the situation and I let go of it and I work at what I am right now, because in my mind I totally believe if I put enough good situations together, enough good races, enough good moments within a race, then things are going to work itself out.

SB: As the US Team seeks to become a force again on the Olympic stage, it can’t happen without a long-term commitment from the sailors to climb up that mountain. But looking at the Rio team, which was very young, half the team tapped out. You’re an example of perseverance… what’s the message to keep people climbing?

PR: First off, it takes a team. I have a great support system and it’s gone through trial and error of people that I surround myself with that are going to help me, aid me in my goals of getting to the Games and winning a gold medal. Sadly, in America I believe people quit before they reach their full potential. A lot of it is financially why people have to stop, but what I say is that what I’m doing– this sailing– is a career.

I look at all the people in the working world, though the various professions, what do they do when they’re pursuing their careers? They initially have to invest in themselves. So I’m taking a chance on myself. I’m investing in myself because I believe that I can achieve something, and when you go this route long enough there are opportunities that present themselves when you want to move on.

There are avenues that a person could continue on if they want to make it a living. I feel that athletes need to continue after one quad, two quads because you can’t reach your full potential with such a short approach. And when you do reach it, why don’t you try to achieve greatness? What I see is that by continue going, opportunities will present themselves because you’re creating them for yourself.

SB: Through four campaigns you have seen the US Sailing Team leadership change. How do you feel about the current plan?

PR: When I say you have to surround yourself with a good team, I am thrilled about where the US Team is at. I have great trust in Malcolm Page, the Chief of Olympic Sailing. His experience as an Olympic athlete, both his great successes and bitter failures, offers so much. He has a great idea for the program, a great vision that he set forward. I work within the US Sailing Team matrix because I truly believe in the staff and Malcolm.

As I see it, when you work well with other people, they want to help you out as well. My campaign has a very symbiotic relationship with US Sailing, and it is because of all the great work they are doing. I would love for people to appreciate what is happening at US Sailing. They are really trying to help us.