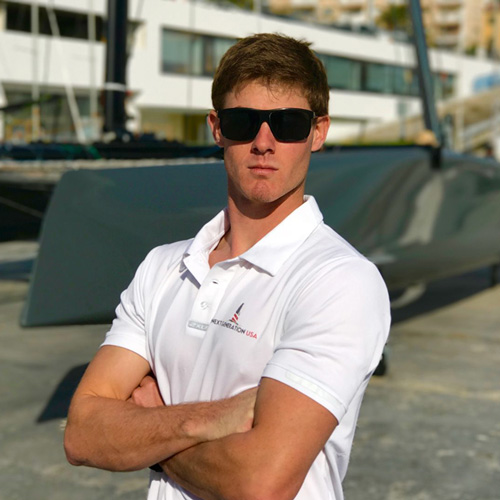 Carson grew up sailing in Houston, TX and Northeast Harbor, ME. For the last 8 years he has focused on high-performance sailing classes and fitness. In the fall of 2011, Carson transitioned from competing in the Laser to the RS:X windsurfer in order to pursue a place on the 2016 US Olympic Sailing Team. During his RS:X Olympic Campaign, he studied sailing-specific fitness and a proper long-term approach to physical excellence to perform at the highest level of the sport. His passion for fitness continued to grow while pursuing degrees in Sport Medicine and Sport Management at Rice University.

Carson used his own personal sailing projects to gain valuable experience, as well. In May of 2016, he founded the Red Bull Youth America’s Cup team, Next Generation USA. As the skipper and team manager, he immediately reached out to Sailing Performance Training to provide his team the fitness training they desperately needed for this demanding project. After completing his degree from Rice University, Carson switched his focus back to high-performance sailing and has most recently been active in the M32, GC32 and Pac52 classes. Carson has continued to refine his approach to physical fitness as it relates to his various sailing projects. He credits his long-term commitment to overall physical fitness as a defining reason for his success in multiple sailing disciplines.